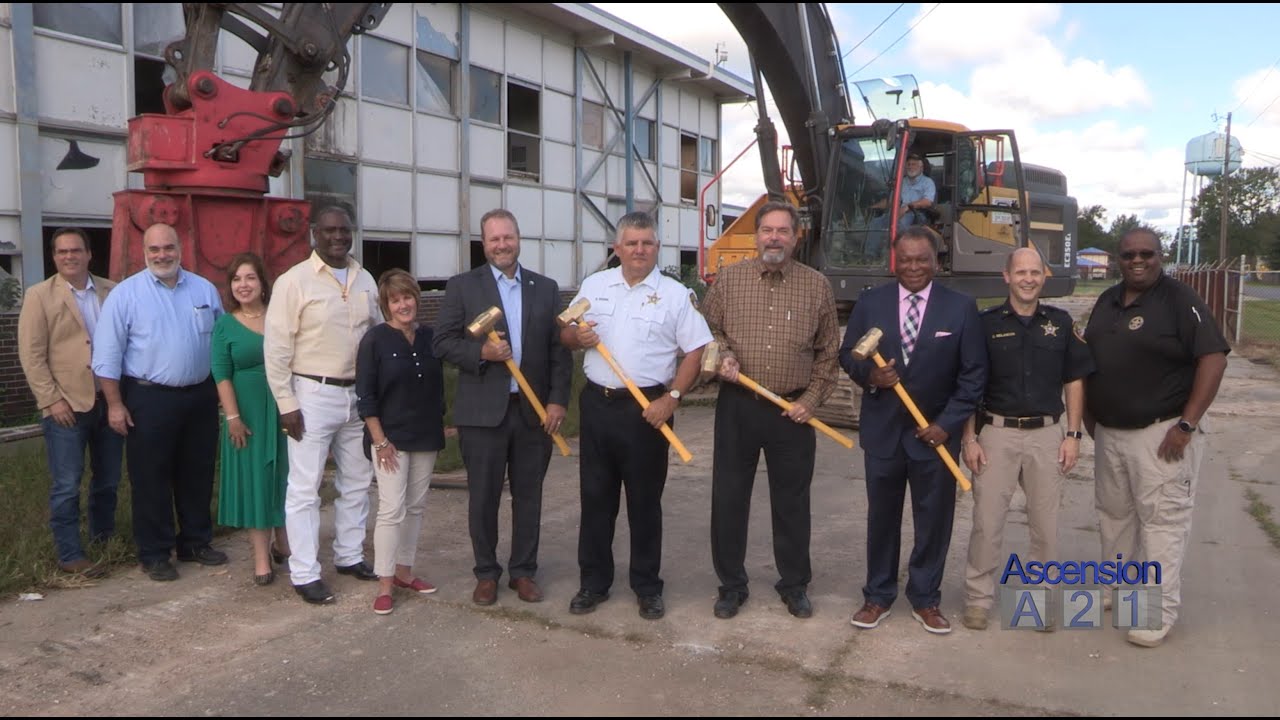 The site has been readied for demolition to become a new childhood development center.

Diez cited the High/Scope Perry Preschool Study Through Age 40, which identified the short- and long-term effects of a high-quality preschool education program for children living in poverty. Closing achievement gaps by the time children enter kindergarten can lead to more workforce ready adults and less crime.

The former school campus is located along St. Patrick and 4th Street. It shares the block with the Waguespack Center, which serves as a Sheriff's Office substation. It was developed in 2016.

The Sheriff's Office then purchased the former West Ascension school property from the School Board. The campus was built in 1966.

During a previous interview with Donaldsonville Mayor Leroy Sullivan, Webre said his office has been striving to take community outreach "to another level" with the Waguespack Center.

"It's more than just a park where kids can go and play ball. It's a study hall, it's a library, and there's a place for games," Webre said.

Named in memory of former Sheriff Hickley Waguespack, the "Wag Center," as it is sometimes called, is located at 1201 Maginnis Street.

Ascension21 featured the ground breaking event in a video, which has been made available on its YouTube channel.

"You hear all the time that people say the children are our future. Well, we're not just talking the talk, but we're walking the walk when we say we are going to do something about education in the City of Donaldsonville," the mayor said in the video.

Ascension Parish President Clint Cointment said the new center will give young children a "jump start" on their education.

"You're just talking about a monumental facility here," Cointment said.